This is the first in a small series that Kindrik Partners is working on, pulling together company admin to be thinking about when 1 April comes around each year.  In this piece, we’ll help you work out whether you have to hold an annual meeting of shareholders (also known as an annual general meeting or AGM).

Do I have to hold an AGM?

Yes, if you’re an NZ company, unless:

How do I know if there is anything that needs to be done at an AGM?

You may also want to hold an AGM to seek shareholder support for opting out of some or all of those default financial reporting requirements for the financial year that just started.

If your governance documents have bespoke requirements:  Your constitution and/or shareholders’ agreement (if you’ve got one) may include bespoke financial reporting requirements that apply in addition to the default requirements described above, and/or non-financial matters to be dealt with at an AGM (e.g. dealing with director rotations/retirements).  Give them a scan to double-check.

If you’ve got other business to handle:  Appointing new directors?  Switching out your constitution for one that doesn’t require an AGM to be held each year?  Got a major transaction on the horizon?  Shareholders can pass resolutions of that kind at any time, but if there’s something looming that requires a shareholder decision, consider whether it makes sense to take care of it at an AGM.

Find the magic date that fits each of the following criteria:

I technically have to hold an AGM but I’d prefer not to hold a meeting itself – what are my options?

You can do everything you otherwise would have done at a shareholders’ meeting via a written resolution.  This may not work for you if you have a large shareholder base (too unwieldy), or if your shareholders are likely to want to discuss the matters in detail (addressing questions all at once at a meeting might be preferable to death by a thousand emails).

If you go for a written resolution instead of holding a meeting:

It looks like I’m holding an AGM – where to from here?

If you do have to hold an AGM, there are some hoops to jump through to call the meeting (sending out the notice of meeting to your shareholders) and to hold the meeting itself.  Keep an eye out for some more content on those points shortly.  Everyone loves a cliff-hanger. 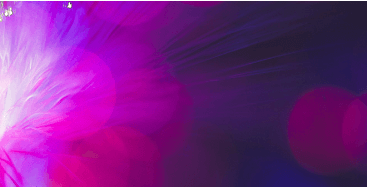