john holt on kiwi tech companies who land in the states

In our third blog on capital raising in the USA, I chat with John Holt, co-founder and Chairman of the Kiwi Landing Pad.  A serial entrepreneur in his own right, John co-founded Sonar6 in 2006, which was later acquired by a NASDAQ-listed US company in 2013.  Although Sonar6 only ever took money from NZ investors, they had reached the term sheet stage with some US VCs but did not go ahead with it due to the “predatory terms” they were offered. 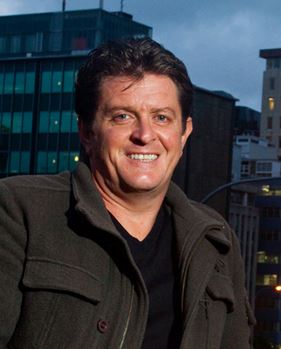 Having gone through the full startup to exit experience, John’s LinkedIn occupation is currently listed as “Recovering Entrepreneur” (and Company Director).  John loves helping Kiwi companies reach their global aspirations, and sits on the board of high-growth NZ tech companies such as Modlar, 90 Seconds TV, Cloud Cannon, and Putti Apps (formerly known as App La Carte and recently took on strategic investment from Spark Ventures).

John advises many Kiwi tech companies with a focus on the USA. He acknowledges that it’s difficult to playbook the US capital raising process, but preparation can go a long way.

are you ready for the States?

In John’s experience, the majority of New Zealand startups who jump on a plane to Silicon Valley arrive under-prepared, expecting they’ll meet with some ‘important people’ and then raise at a higher valuation than back home.

John thinks that companies should only think about raising capital in the USA when they that feel the business has some guts.  If you’re a fledgling in New Zealand, don’t head to San Fran in search of a magic cure and money.

Thinking about raising capital in the US while based in New Zealand? John thinks it’s doable:

I would clear the decks for myself to build the funnel for investors, and leave the rest of my team to manage the business. After an initial trip to the States to warm up the investors, I would take their feedback back to the team in New Zealand and think about how to feed that into our company roadmap to work towards the question ‘what is investable?’. After a month or so of incorporating that feedback, I would return to San Fran in a better position to shake down those investors.

Once you’re in the mecca of technology startups, it is all about the hustle. Show up at relevant industry events, and follow the right media to keep up to date with the industry’s happenings. John and I met at an iconic Wellington café for this interview, and he had this to say:

Pitching a business in Astoria Café is similar to how you would pitch anywhere else in the world – the difference is that if you were in Coupa Café in Palo Alto, 95% of the rest of the people in the café are also in the game.

Thousands flock to San Francisco for the same reason (have you seen the TV show?), and serendipity occurs over beers, at bowling, anywhere. Anyone who has spent time in the Valley will have some great stories on this, so have your A-game and compelling pitch ready at any time, and position yourself for those ubiquitous ‘chance encounters’.

Speaking of “chance” encounters, some encounters in the Valley are premeditated and can be bought!  John says that, incredibly, you can pay people to create hype for your company by sitting close to investors (or others you’re trying to impress) in cafes, and gushing about how wonderful your company is. Just coincidentally, y’know.

There are different types of investors: angels, high net worth individuals, private equity, VCs, and increasingly the micro VC.  John suggests getting familiar on this:

Investor psyche differs between the types, and it is worth doing some research to understand their respective investment approaches.

It will save you time and wasted effort on pitching to the wrong kind of investor for your company and stage.  For example, Sandhill Road firms (the strip where all the major VCs in Silicon Valley are situated) usually look to make investments of over $5 million – whereas angel investors generally put in smaller amounts and at earlier stages. Keep in mind that the Valley operates on a larger scale altogether: a seed round injection is equivalent to a Series A in New Zealand.

US investors are looking for the big opportunity, but they also have preference sectors or categories in which they habitually invest. Do your homework and check out investor profiles and experience. Try to find out what their firm has invested in previously.

Another possibility is to go for the stepping stone between here and the Valley – many VCs have regional representatives. Follow TechCrunch and VentureBeat to see which regional investors are syndicating with US VCs, as the right person could open follow-on doors to the States.  For example,  in the past two years 500 Startups has expanded beyond Mountain View and significantly ramped up their activity in Southeast Asia.

At the end of the day, investors are putting money into people, so build your personal brand. John strongly suggests an up-to-date LinkedIn profile: VCs might spend about 10 minutes before the meeting looking into the company and its founders, and if you’re not present on LinkedIn (particularly as you’re also non-American), then you’re already starting at a disadvantage.

Investors are more likely to fund people they like, and fortunately the Kiwi reputation does well, so be that nice guy or gal from New Zealand. However, being likeable isn’t enough to get you the whole way. As John points out:

Put a value on how much they like it – don’t be afraid to ask the hard questions for the deal.

You will get lots of No’s from investors, and John thinks the trick is to reduce the gap between the No’s and a Yes.  When meeting with investors, try to talk about people they know and like (this is where the prior hustling comes handy).  While it might not get you across the line with them, it will improve the quality of their feedback on ‘why not?’.

If you find yourself leaving an investor meeting feeling upbeat and thinking, wow that went really well – remind yourself that a great meeting doesn’t count for much. What’s happening next? If investors are interested, the process moves along really fast, and they’ll give you a lot of feedback for what to work on in the meantime. Don’t get swept up in false positives.

behind the rose-tinted glasses

Unfortunately, there are many Kiwi startups who do not manage to raise in the USA and end up back in New Zealand.  By virtue of being not American and therefore not sounding American, you may find that you are already on the backfoot.  Unsuccessful overseas attempts can negatively affect a Kiwi startup’s ability to raise locally later, so think carefully before you are drawn to the States by sky-high valuations and ‘investors with good contacts’.

John thinks that while it is not impossible to raise in the US, more are looking at the vast amounts of capital flowing through Asia.  In any case, he is happy to be contacted if companies are interested in connecting with Kiwi Landing Pad.

In the following months we will also be publishing guidance on tapping into the growing opportunities, and the pool of capital, in South East Asia. In the meantime, follow our US series as we publish more interviews with Kiwis who have raised in the USA.