how carnival mobile raised $2.4m from a dream team of US investors

This is part of our blog series to help New Zealand tech companies who are thinking about raising capital in the USA.

In our first interview with Kiwi companies who have raised capital in the States, we profile a pioneer in mobile application development turned Mobile Marketing Automation Platform – Carnival Mobile.

The company was originally founded in Christchurch in 2008 by Guy Horrocks and Cody Bunea out of their previous company – Polar Bear Farm. They were the creators of some of the first apps to run on iPhones, before the iTunes App Store even existed. Since then, the company’s operations have shifted to Wellington and New York, and Carnival Mobile now offers a full suite of marketing tools for brands to boost engagement with their customers via mobile apps. For example, Carnival was behind the mobile tech that enabled One Direction to link up with their fans as the band toured the US – clearly a big deal!

We caught up with Cody, the Wellington-based CTO of Carnival Mobile, to hear about their capital raising experience so far.

From 2009 to 2013, Carnival was bootstrapping its way but had always ummed and ahhed about seeking investment to grow faster. At some point the team was introduced to Gary Vaynerchuk (the number one person to follow on Twitter, according to Buffer circa 2014) by their client at OREO, who thought the two may be able to work together, where “Gary was the social and Carnival was the mobile”. Gary V, being a bit of a legend in this space, thought that Carnival was in a good state to start seeking investment. With his backing, the duo finally decided to go ahead with it. 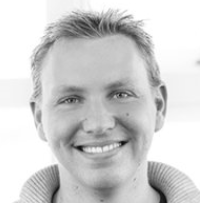 From kicking off the pitching to having all the money in the bank took about 2 to 3 months. It was “a very fast process”, according to Cody, who acknowledged they had never tried to raise money in New Zealand (“what’s it like there?”). Carnival’s experience of raising capital in the States is one of many other examples out there, and it’s good to hear the story of a company who’s done it so well.

As the founder based in New York, Guy spearheaded the investment efforts on behalf of the company and started by travelling around the States pitching. Cody says that having Guy in the States created a 24/7 seamless loop for contact with the investors and clients, instead of waiting for the NZ-US time zones to align:

It’s good to have a US team on the ground. Investors and clients expect to meet in person and expect you to be extremely responsive. You won’t be successful raising in the US if you’re trying to do it from New Zealand.

It helped that Carnival had already been operating in the States for a few years, and they were able to reach out to their network for warm intros to potential investors. Gary V ended up co-leading their seed raise along with Lerer Hippeau Ventures, and even rounded up a few other investors.

The company was commended for their excellent pitch deck, which apparently was later used as a model example for NYU as “one of the best pitch decks they’ve ever seen”. Unfortunately Cody didn’t bring this to Memphis Café with him so I cannot share with you its awesomeness, but he does have some suggestions:

Start your pitch with the purpose and the why, and allow the investors to buy into the whole story. Be founder-focussed in your story, rather than sell features. Largely the investors put money in because they believed in us, the founders, and our ability to execute. Although it’s hard to replicate the Guy factor – it certainly helped that Guy is so likeable and believable… (etc)

Aside from having a strong founding team, the company was also in a good shape having already made lots of progress. Since Carnival had been in mobile since the very beginning and operating in the US for some time, it also had a deep understanding of its space.

Once the investors were interested, the due diligence itself took about a month. One thing which worked well in their favour was that Guy had maintained all the accounts and compliance affairs in order right from Carnival’s inception. Cody jokes that it verged on over-compliance as they just had stacks and stacks of accounts (something about Guy’s parents being accountants). However, this documentation turned out to be extremely valuable for a quick and painless due diligence. The investors also did some calls with Cody, just to make sure he also checked out.

There were some questions on the exit strategy, and while founders can only speculate on how their company might exit, Cody suggests:

Don’t sell on the first opportunity, but be aware of those opportunities and the fact that you are willing to sell at some point.

There was little back and forth between the various investors at the term sheet stage, and just some minor negotiation on the percentages.

Cody noted that the US investors cared a lot about which class of shares they were getting, and was surprised to hear that “re-earning” of founders’ shares was very common. This is where investors may insist that founders hold their shares subject to vesting, so that founders earn their shares over a period of time as they work on the company.

Carnival used Gunderson Dettmer lawyers from the West Coast for the deal, which came to about $80,000 of legal fees in total – including restructuring the New Zealand entity to a US corporation. This means that the New Zealand company is now a subsidiary of the US Carnival Mobile, a necessary move since the larger US VC funds, such as Google Ventures, don’t invest in foreign entities.

Guy adds that having a good law firm with experience in the space is very helpful. Not only do those lawyers know all the investors in the space, but they can also speed up the process a lot. The reason why there was almost no negotiation on Carnival’s proposed term sheet was that their lawyers had prepared one with terms that are widely accepted as standard in the industry – and then it just becomes a matter of talking about the numbers e.g. the valuation, amount of founder vesting etc.

Although Guy pitched to investors all over the US, they settled on mostly East Coast investors. The round ended up being over-subscribed, and the company took in $2.4 million in funding from 8 sophisticated and strategic investors. Some had deep experience in the areas of mobile, social, SaaS – beneficial not only for their capital but also for networks. Four funds invested, which Cody thinks could also be useful for follow-on rounds, with the rest being angel investors.

To cap it off, Google Ventures (backers of Slack and Uber) also put money in. It is a real credit and good validation for Carnival to have someone like Google Ventures on the cap table, and also bolsters brand awareness. Apparently Google Ventures have a lot of added services, but are generally more reactive than proactive (providing technical and design reviews, through to PR intros and goal-setting advice).

Cody is grateful that their investors have empowered the management team by giving them the cash to go and do what they do best. He’s heard of the some of the micro-managing investor types in New Zealand – tranching, business plan milestones, board seats etc. It’s so far behind the founder-friendly approach of his investors:

I’ve got enough to deal with all the time already – I wouldn’t want to have the added stress of constantly thinking about how I’m going to get the next tranche of money. We’re really lucky that there’s no red tape or managing from our investors.

Sounds like they’ve got quite the dream team of investors!

Cody finished our chat by saying that Kiwis have a good reputation in the States, and introducing yourself as a New Zealander is a great icebreaker, often establishing an instant level of trust. But while we may be good at opening – the Americans are much better at closing. Cody acknowledges that compared to the Americans, New Zealanders are just not as seasoned in the hustle. More than once the duo have been told that they are “too nice, be more ruthless”.

That being said, word on the street is that the CEO is also, shall we say, a nice Guy, and it seems to be working out just fine for Carnival Mobile so far.

Thanks very much to Cody and Guy for sharing their story to help the next generation of Kiwi startups!