capital raising in the US: advice from paul cameron

The first time I heard Paul Cameron speak was at Lightning Lab Wellington for a fireside chat about his journey with Booktrack. We had many impressive speakers and experts talk to us at the Lab, but Paul’s talk was easily one of the best. To find out more about Booktrack’s capital raising experiences in the US, I drove out to their Auckland office in ‘Techapuna’ where most of the company’s R&D is carried out. 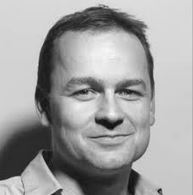 Booktrack was founded by brothers Paul and Mark Cameron, with a vision to amplify your story. Their technology adds music and ambient audio to e-books, synchronising with the story line and an individual’s reading pace.

Launched commercially in 2011, the company has completed two financing rounds so far and is backed by a group of notable investors such as Peter Thiel, Sir Stephen Tindall, and Derek Handley. Paul is a great supporter of the New Zealand tech community, and launched straight into sharing some advice he wishes that he had been given.

the US is a competitive place

Firstly, raising money in the US is difficult. As Paul says:

Every person in the world is trying to raise in San Francisco – why do you think you have a better chance? The quality of deal flow in Silicon Valley is super high, and so is the talent. If you look at Asia, its deal flow is nothing like Silicon Valley, and good places to raise money are Singapore and Japan.

Silicon Valley is able to source plenty of local deals. They’re American, sometimes repeat entrepreneurs, they know the landscape and it almost comes as second nature. Outsiders are at a great disadvantage, so think carefully about whether the US is the right route for you. If not, why not try somewhere else?

If you are thinking about raising international money outside of the US, Paul recommends that you find a partner that you trust in that local market. In Booktrack’s case, Paul knew people in Singapore and Hong Kong and has taken on some decent investment from there.

Paul makes the analogy that if the founder of Russia’s Facebook (who happens to be called Pavel) came to New Zealand to raise capital, no one would give him money. To the local investor community, he is an outsider who looks and sounds funny, regardless of how successful his business may have been in Russia.  You, a Kiwi founder asking for money in the States, may find yourself in a similar position to Pavel – except unlike Pavel, your company isn’t quite a Facebook (yet).

Furthermore, as an outsider in the US, one of the first questions you should expect is why aren’t you raising locally in New Zealand? You’ll need a darn good reason for them (acceptable: our market is in the US).

One way to minimise the Russian Facebook effect is to become a local. Think, act and consume like a local American. Go to the same events, become familiar with others in the market, and follow the same news (e.g. TechCrunch, Wall Street Journal).

Look at your browser: are you looking at mostly .co.nz sites? Immersing yourself in popular culture is helpful for localising yourself, and Paul goes as far as seeing what the Kardashians’ are up to.

be there all the time

Creating a local presence, with an office and people, shows a real commitment to the territory. This is important in creating trust amongst your customers and investors, and signals that you’re intending to be around for a while:

If your key market is not in New Zealand, then why are you still here? Go to wherever your market is, and set up shop. There are local investors who will give you money to take the step to elsewhere (e.g. Sparkbox Ventures).

Booktrack started their US operations by setting up in New York, as that’s where they had a community of friends and support. Now they also have a San Francisco office, where they are mainly focused, and Paul’s commitment to the territory has resulted in more friends in the US than in New Zealand.

reach out to the Kiwi Mafia

The Kiwi mafia is your unfair advantage, and the most important resource you can tap into. If you have cultivated relationships well, these are the people who will help you unconditionally:

Invite them into your circle of friends as well as your network – hang out with them in the weekends, take them out to events, and favours will be returned.

You can’t expect to just turn up and raise investment without that strong network around you.

It is harder to raise money without an advocate. These are people who will vouch for you, and say that you’re solid. Get some advocates interested in your business, maybe offer them some equity, and they can open up their networks to you.

Your advocate could be a lead investor. Paul has always had leads in his rounds so far – locally it was Sparkbox, and then internationally there has been Peter Thiel, Derek Handley and a Hong Kong investment banker. If someone puts money in early, then the others will follow.

It is not luck that has brought Paul an amazing group of local and international investors. He is a first rate pitcher. How does Paul do it? It’s simply a numbers game:

The more you do, the more it helps. Pitch a lot before you need it (you can do it in New Zealand to various groups).

what kind of investment are you after?

There are four main types of investors: angel, high net worth, VC and private equity. The exception to Paul’s belief that raising in the US is difficult, is getting money from local angels. If you get an intro and have a low valuation, you could probably walk away at a seed round with $25k cheques.

VCs will want to put in at least 5 to 10 million. To ask for VC money, you’ve got to be really sure of what you are doing, and what you intend to do with the money:

They are smart people, and not interested in bullshit, so make sure you’re super slick and ready for that kind of investment.

If investors are not interested, push them to tell you no. If you’re not getting anywhere after 10 meetings, then you probably won’t get anywhere after that either. It’s good to know earlier rather than later, and you can always ask them if there’s anyone else they think might be interested.

money from around the world

Booktrack’s capital raising experience is unusual in that they have taken money from New Zealand, Asia, and both sides of the US. They always get new investment terms for each new round – incoming investors may look at terms from previous rounds, but are generally not concerned about it. In Paul’s experience, they have only gotten pushback on proposed terms from New Zealand investors, and never overseas investors.

The board is currently filled by two investors (usually with value to add to the business), an independent, and two founders. Paul finds that investors might want to check up on how the company is doing at the earlier stages (easily done by giving them some board observer rights), but later on grow more confident in the team and become more hands off. Now Booktrack’s communications are sent to investors on a quarterly basis.

no substitute for preparation

Paul, like all others interviewed in our US capital raising series so far, sees many New Zealand companies arriving in the US woefully unprepared.

No one ever taught me how to raise money. I bumbled along and figured it out, but you don’t know what you don’t know, and I learnt from my mistakes. Now, with the proliferation of information available online, there is no excuse not to be prepared and have an understanding of the landscape.

Prepare yourself by reading, finding some good advisors, and feeding that value back into the company.