angel at my table

Every year the New Zealand Software Association holds its annual Angel At My Table event – one of the most popular nights on the NZSA calendar.  The event sees four early-stage entrepreneurs pitch their business ideas to a panel of three angel investors with total cash prizes of $5,000 being awarded to the winners.  I was delighted to be the chief organiser and MC for this year’s event. 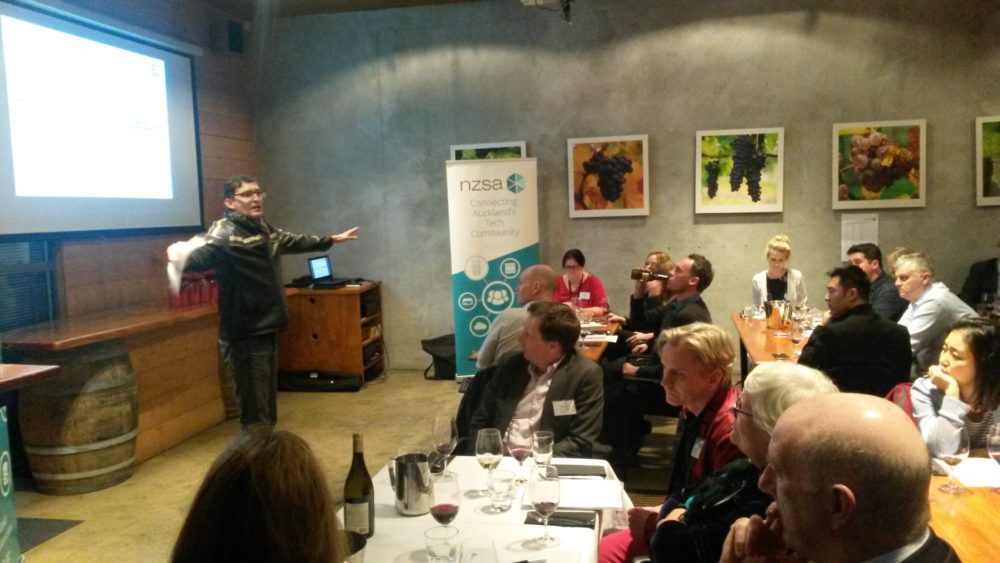 This year we attracted a record number of entries, with a particularly strong number of them coming from female-founded and led businesses.  In an effort to prevent any bias during the selection process, I decided not to supply the other members of the selection panel with any founder/CEO details, meaning they would only be considered on the merits of their business proposition.  This resulted in all four finalists chosen being female entrepreneurs – Amanda Judd (Kai), Lauren McKay (Insiteful), Lisarna Wynyard (MicroManager) and Marta Sudomirska (Tap).

Could this mean that at this moment in time there are simply no male founders across the whole length and breadth of Aotearoa that are on a par with these women? Or did those that are, just not bother to apply?

Not the case!  In fact entries were evenly split between male and female-led companies – the women were just better this time around.

After our initial selection process was complete, we received a late entry from Melanie Langlotz (Geo AR Games), who has developed a geospatial augmented reality app platform designed to get kids off the couch and into parks, and had been run off her feet with press queries following the Pokemon Go launch.  With the fear of winter lurgies taking down one of our finalists, Mel kindly agreed to be a backup presenter.

With a full-to-overflowing room at Glengarry’s Victoria Park, the evening kicked off with a short wine tasting, before our 4 finalists gave their pitches and took on our judges aka dragons.  Each of our 3 judges had a “notional” investment fund of $150k, and after some challenging questioning all 4 finalists secured “investment” (ranging from $10k to $170k).  We’d also managed to squeeze in a 90 second pitch from Geo AR, and our judges liked the pitch so much they “invested” $130k in the business (despite Geo AR not officially being in the competition).

All of our presenters received $100 for every $10k of notional investment, plus there was a $500 audience prize, so all 5 walked away with real cash.  All those who pitched have said they had an awesome night, a lot of fun, and made some great connections.

These events certainly highlight the incredible, and diverse, talent within New Zealand’s startup eco-system.  We’ll definitely be following the progress of these startups with a keen eye and wish them all the best.